By Sophie Tanno For Mailonline

Sweden‘s Covid-19 expert Anders Tegnell has come under fire for appearing to ask whether a higher death rate in elderly people was a fair price to pay for herd immunity.

Email exchanges obtained by journalists in Sweden under freedom of information laws appear to show the country’s coronavirus strategist discussing the option of keeping schools open to encourage herd immunity in mid-March.

One conversation was with Tegnell’s Finnish counterpart, Mika Salminen, in what Swedish journalists say appears to be a brainstorming of methods to tackle the pandemic.

The newly-released emails which date back five months have caused a stir in Sweden and have fuelled criticism of the country’s no-lockdown approach to the pandemic.

‘One point would be to keep schools open to reach herd immunity faster,’ Tegnell said, to which Salminen emailed back that Finnish health agency had considered this but rejected it because ‘over time, the children are still going to spread the infection’ to other age groups.

Finland’s modelling suggested closing schools would reduce the spread of Covid-19 among elderly people by about 10%, Salminen said.

The newly-released emails which date back five months have caused a stir in Sweden, where many have interpreted them as suggesting Tegnell wanted to keep schools open to encourage herd immunity.

Sweden has insisted schools remain open for children younger than sixteen, although Tegnell has denied this decision was aimed at speeding up the goal of herd immunity.

‘My comment was on a possible effect, not on an expected one, that was part of the assessment of the appropriateness of the measure,’ he told Swedish journalist Emanuel Karlsten. 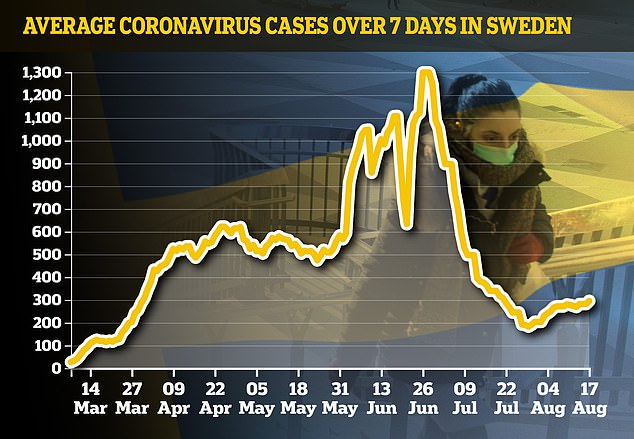 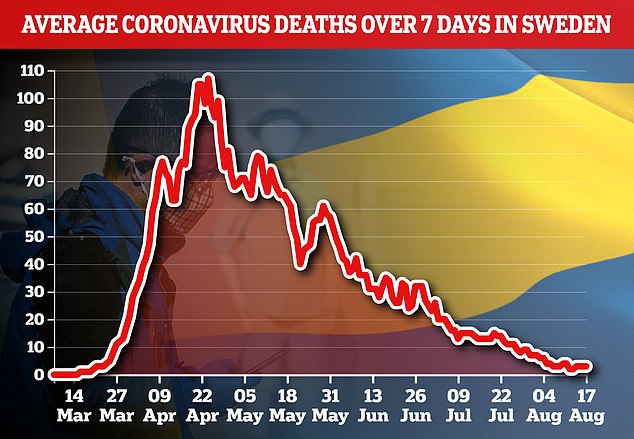 The Covid-19 strategist has repeatedly insisted that the government’s aim was not to fast-track herd immunity but to slow the spread of Covid-19 enough so that health services do not become overwhelmed.

Fuelling further speculation about Tegnell’s intentions, Swedish daily paper Aftonbladet reported that he had appeared to have deleted several requested emails in a batch of more than 200 spanning from January to April.

This tactic would have meant so many people contracting and becoming resistant to Covid that it would no longer spread.

Only 15 per cent of the population in Stockholm, the capital, have been infected so far, according to antibody testing.

Some 60 per cent would be needed to acquire herd immunity.

The country’s case and death numbers have fallen steadily since June. Despite this, the number of cases are relatively high compared to other European countries and it has recorded significantly higher figures than its Nordic neighbours.

US 2020 election: Donald Trump and Joe Biden could be muted at next presidential debate | World | News

Rwanda’s clothing spat with the US helps China

FirstPointTeam - October 1, 2020 0
BEVERLY Hills 90210 star Shannen Doherty has revealed she plans to record goodbye video messages for her loved ones as she battles stage IV...

What Silicon Valley needs from the 2020 election

Hydroxychloroquine banned by Ohio pharmacy board for coronavirus treatment

What Silicon Valley needs from the 2020 election

Hydroxychloroquine banned by Ohio pharmacy board for coronavirus treatment

Any cookies that may not be particularly necessary for the website to function and is used specifically to collect user personal data via analytics, ads, other embedded contents are termed as non-necessary cookies. It is mandatory to procure user consent prior to running these cookies on your website.